Seems like everyone agrees that Jesus was a good man. But God himself? And what was he up to anyway? Was he a street magician like David Blaine, or a male Mother Teresa who got famous for doing good? Read on to discover more.

Our main sources of information about Jesus are eye witness accounts. They were collected together into what is known as the New Testament. Many of these accounts were written within 30 or 40 years of the events they describe.

These accounts were frequently copied. Although we do not possess the originals, we have over 24,000 existing manuscripts containing the whole or part of the New Testament. A number of copies come from very near to the time of the reported events. This manuscript evidence is literally hundreds of times better than any other ancient book.

The wealth of this evidence and its early date means that scholars have no doubt about the reliability of the transmission of the New Testament. We can be sure of the accuracy of the text of our modern translations and see that it has remained unchanged through history.

In addition to this other authors of the time refer to Jesus. Flavius Josephus was probably the greatest Jewish historian of his time. In his book The Antiquities of the Jews he records the following information about Jesus:

“At the time there was a wise man called Jesus. Pilate condemned him to be crucified and to die. And those who became his disciples did not abandon his discipleship. They reported that he had appeared to them three days later after his crucifixion and that he was alive.”

The accounts of the first Christians together with authors from outside the Christian faith enable us to be sure Jesus existed. We can be confident that information about his life and words is reliable. Far from being shaky or uncertain, our knowledge of Jesus is more complete and detailed than other figures in the ancient world.

If all religions lead to God, then they should agree on fundamental issues. In fact they do not. Some say God is a person; others that there are many gods; others that God is just an impersonal force. 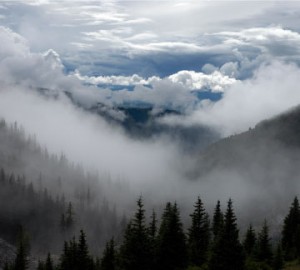 Some say we live once, and then are judged; others say that we are re-incarnated. Some claim this world is real; others claim that “reality” is just an illusion. If all religions have an equal claim to be believed we’re no wiser, because they contradict each other.

If all religions lead to God, you would expect God would have made them similar, but Hindus believe one thing, Muslims another and Christians something else. The sincerity is unquestioned but they cannot all be right. All roads do not go to the same place.

It is here that some of the statements Jesus made need to be examined. He said he came from God and was in fact God in human form. Further more he said, “I am the way and the truth and the life, no-one comes to the Father except through me” (John 14:6). While one may find many interesting and positive things from other religions what Jesus said are either the words of a lunatic or the the Son of God. If the latter, then other religions need to be seen in that light.

Has God given us a reliable way of understanding himself? Jesus said that he came from God to show us what God is like. Maybe the life and teaching of Jesus is worth investigating.

IS JESUS THE WAY TO GOD?

“Do you want to know what God is like? Look at me!” (John 14:9) “I am the only person who can lead you to God” (John 14:6). Jesus claimed to speak for God and do the things that only God could do, such as forgiving sin. In spite of that, many people like to think of him just as a great religious teacher, the founder of one of the world religions. They see him on the same sort of level as the Buddha or Mohammed.

However, what Jesus said about himself finds no equivalent in any of the other world religions. In fact, quite the opposite.

Buddha directed attention away from himself so that his disciples would not be distracted in their search for release from earthly sensations and pleasures. He did not see himself or any other teacher as essential to this search.

Mohammed, the founder of Islam, also pointed away from himself. Very little is said about him in the Quran. He insisted that he was only a man, without any supernatural powers beyond receiving the Quran from the hands of Allah.

Jesus was very different from these other religious figures. He had a great deal to say about himself. Muslim and Buddhist beliefs rest on the teaching of Mohammed and Buddha. Christian belief centres on the person of Jesus.

No-one in their right mind would dream of saying the things Jesus said about himself, unless they were true. Of course, you might think that Jesus was mad, or a confidence trickster. But when we look at the way Jesus lived, his compassion for those on the fringes of society and the quality and wisdom of his teaching. it is difficult to come to the conclusion that he was evil or insane.